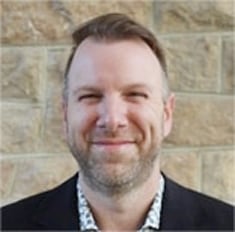 Dr. Wright began his studies at the University of New Brunswick where he studied Classics, Psychology and Philosophy. It was soon after that he began working within the Church and began to study theology at Acadia University. During his time there, he fell in love with the academic process and began to study the relationship between the New Testament and Greco- Roman literature. His MA thesis was exactly that: a study about the potential relationship between the Gospel of Mark and the Epics of the Greek poet, Homer. After completing his MA and MDiv at Acadia, he began his Ph.D. work at McMaster Divinity College where he earned his degree in 2015 through a careful study and comparison of Mark’s Gospel with Greek tragic poetry. Dr. Wright has been teaching in Saskatoon since 2014, and is proud to be working with the College of Emmanuel & St. Chad in the department of New Testament. He continues to research and to write about the New Testament and enjoys sharing what he knows with his students.

To purchase Of Conflict and Concealment, visit: https://wipfandstock.com/9781725257221/of-conflict-and-concealment/

To purchase Gods, Spirits, and Worship in the Greco-Roman and Early Christian World, visit:
https://www.bloomsbury.com/ca/gods-spirits-and-worship-in-the-grecoroman-world-and-early-christianity-9780567703262/